For Oxford Open Doors, we created an installation in the theatre at the Old Fire Station showing the sculptures, collages and projections from our workshops. We also played readings from the writing workshop – you can hear them below. 105 people visited the installation.

We are now planning the next phase of the project, scheduled for early 2015, when we will begin to devise and write the show…

Posted by Arts at the Old Fire Station at 09:56 No comments:


We were keen to continue developing the slide projections this week and also wanted to work towards a larger scale construction that could incorporate some of the works we’d already made.

The group’s solution to a lack of space, storage issues, and an excess of plinths, was to create a modular construction (incorporating said plinths) onto which we could project slides.

During the week we created more slides, becoming even more experimental in our use of materials (salt, sugar, liquid soap…). The construction has been an ever shifting and changing ‘screen’ as more units have been added and the group have experimented with different materials and forms.

As well as adding to the large-scale collaborative work, some members have continued working independently developing other ideas. These have included shadow puppets, an intensely characterful series of ‘daleks’ made out of household materials, and a model of a sci-fi theatrical space.

The sense of enthusiasm, reciprocity and energy in the group has been tangible, and we have enjoyed lively exchanges (usually around the slide projectors!) as well as long periods of quiet intense involvement in our work. It has been great to work with all the members who have participated at various stages during these workshops, and who have contributed an abundance of creative ideas to ‘Hidden Spires’. 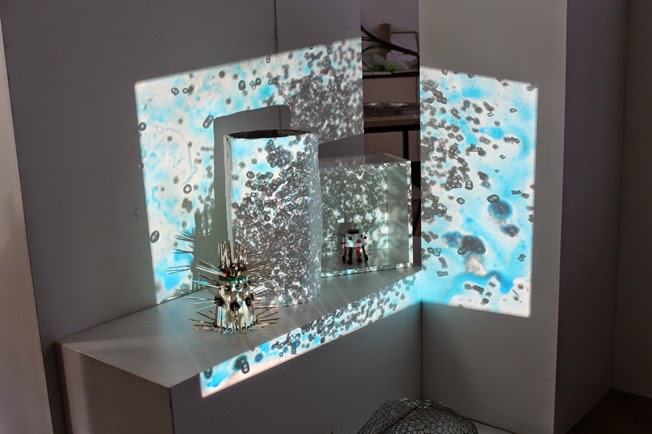 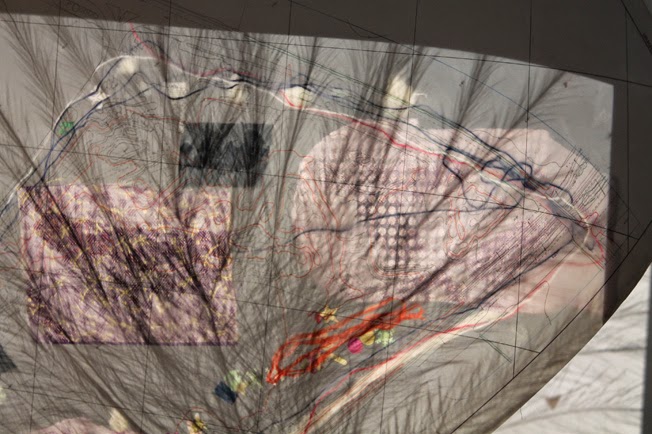 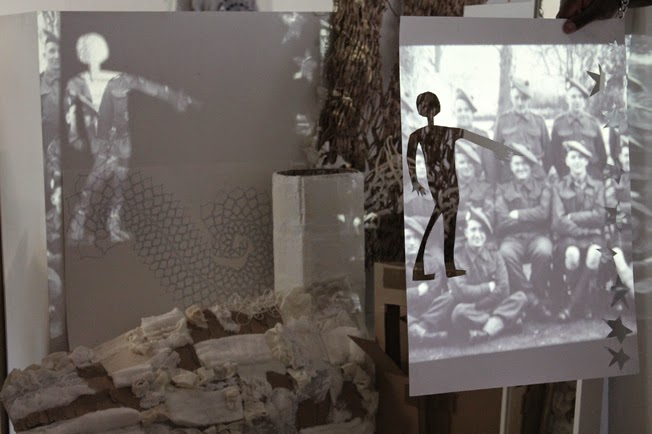 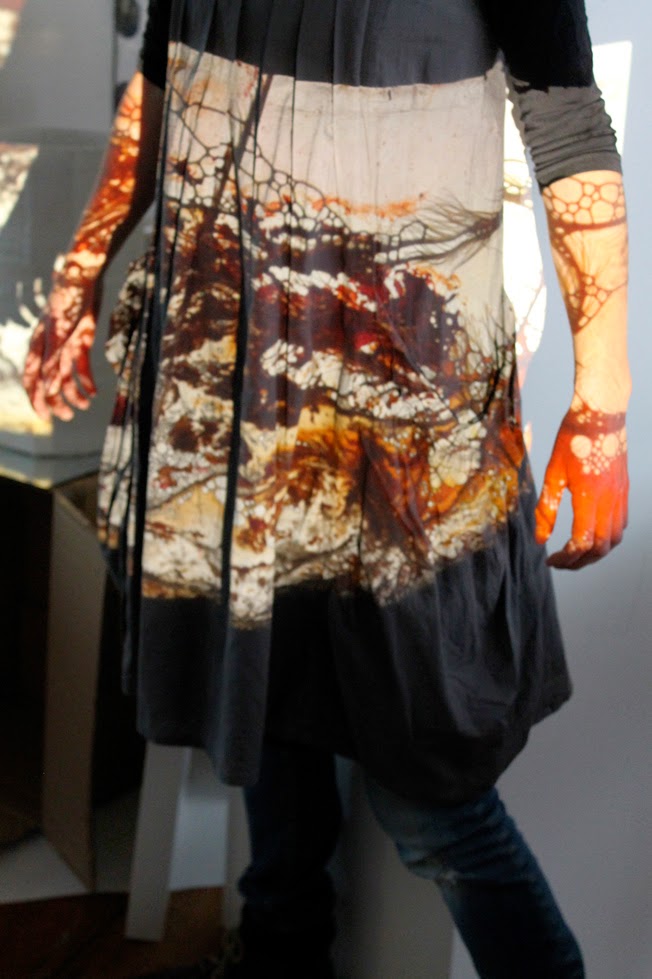 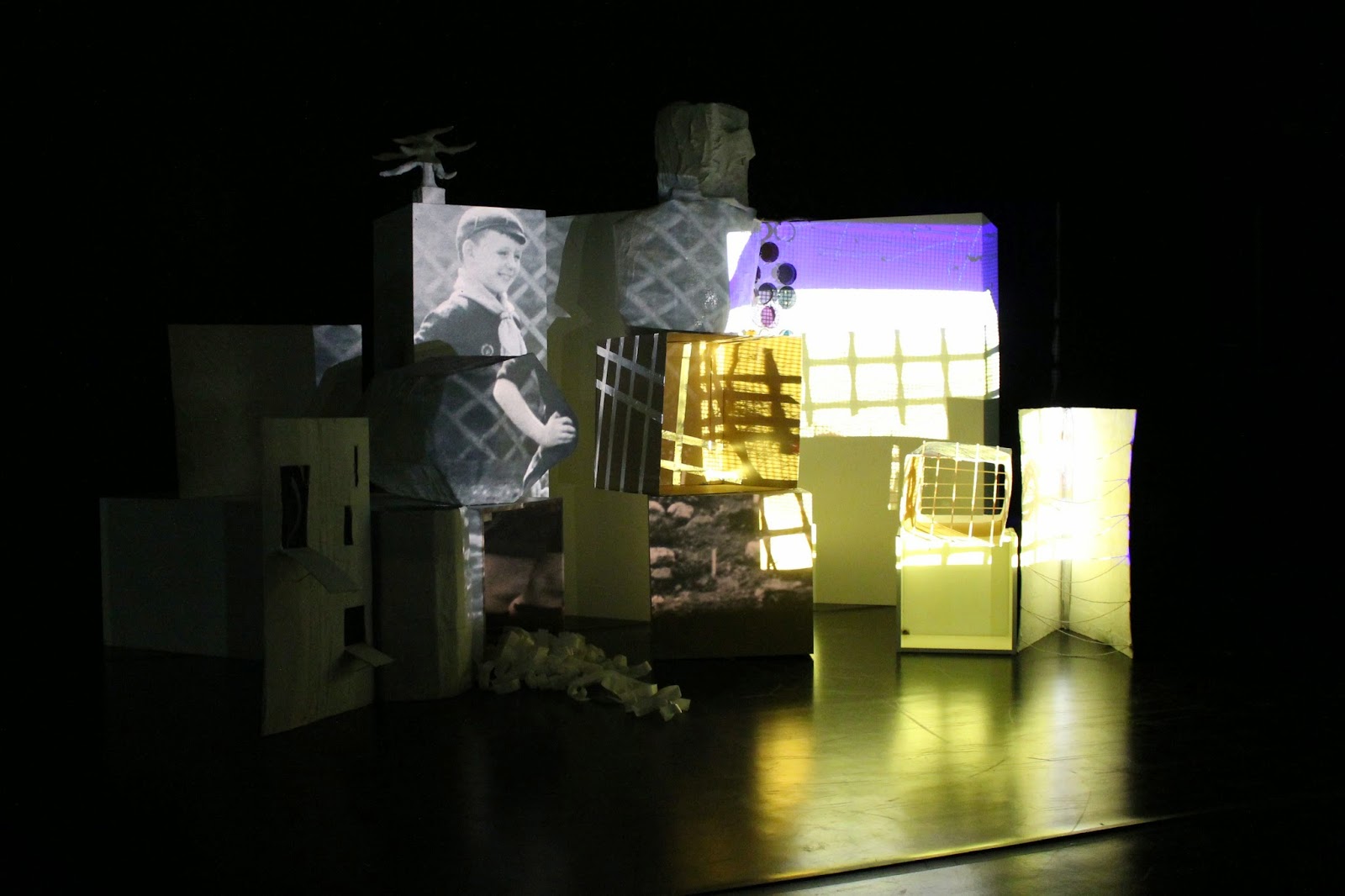 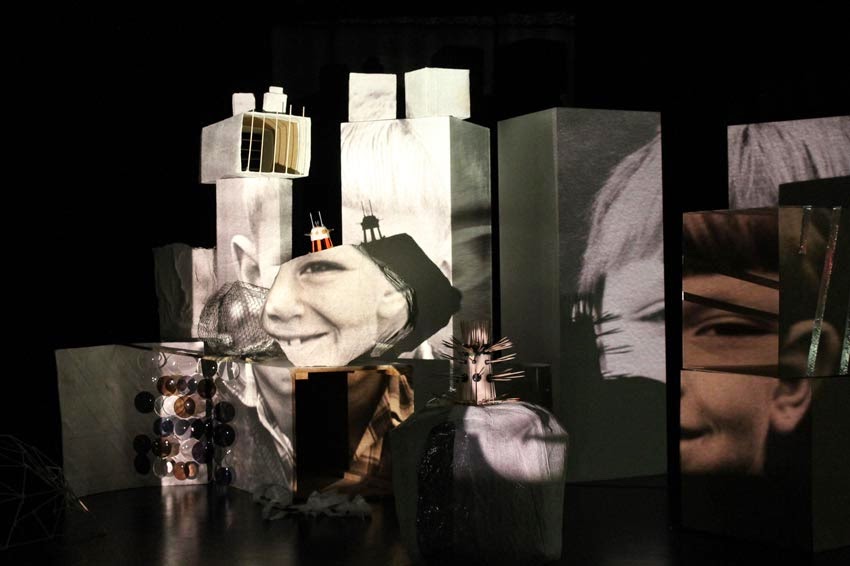 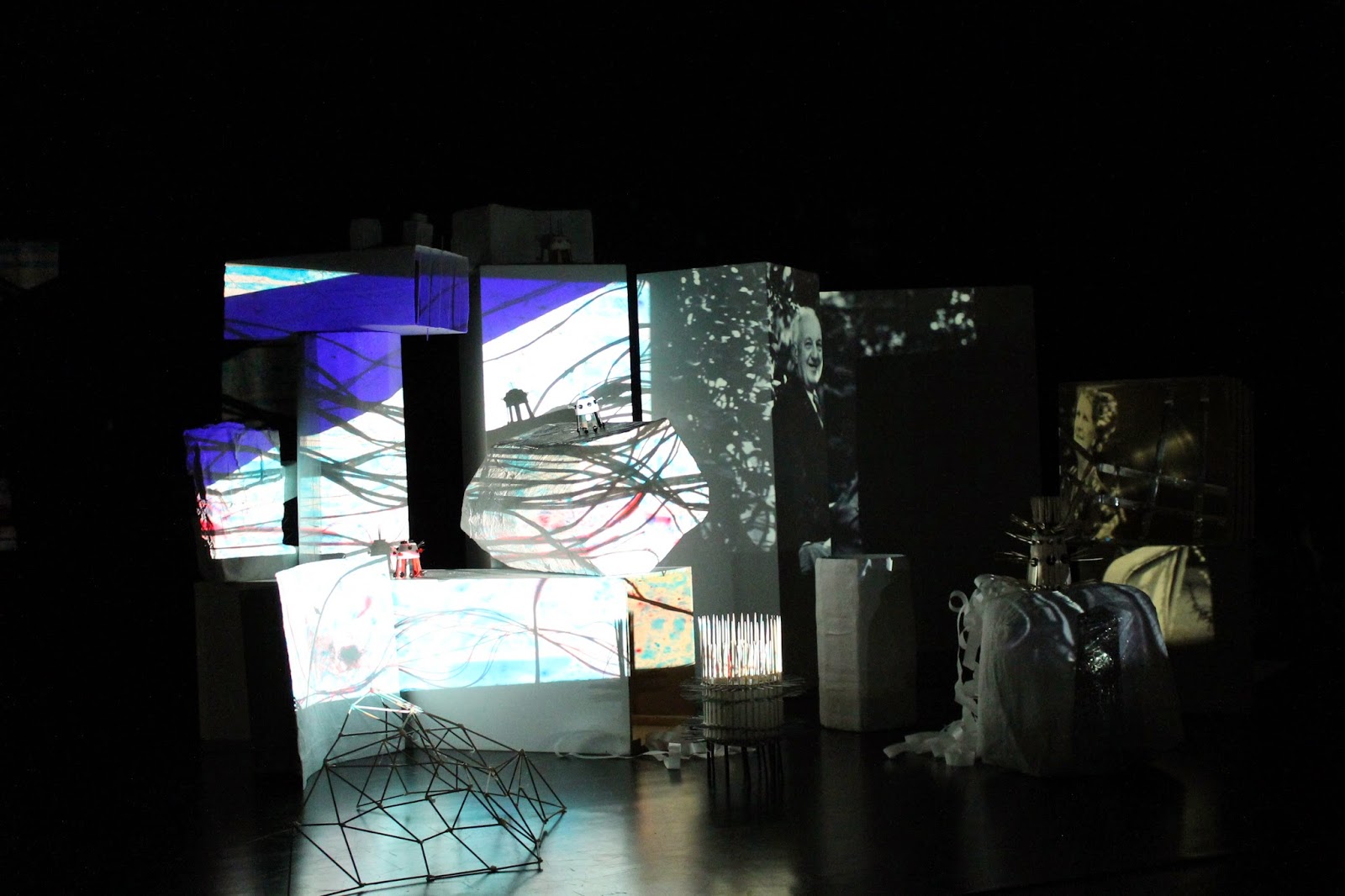 Posted by Arts at the Old Fire Station at 13:50 No comments:

During the Creative Writing week some members came along for the whole week because they love writing and regularly attend a Saturday class through term time; others arrived for a new creative experience or simply to gain confidence in crafting words on paper.

This week was to be a free process of discovery but to help get to know one another we began by discussing the writing we enjoyed as well as theatre and film.

To begin with the group explored a variety of approaches looking at how the senses can inform descriptive writing and transform an ordinary experience into something far more heightened. Some members preferred to write poetry while others explored writing prose, but in all cases a very strong sense of landscape and space emerged. As the writers read out their first pieces of work we found ourselves at funfairs, by sea shores, in mazes, by canals, in Antartica and soon there were people and encounters in these places. The writers drew from their own experiences but also started to explore how all sorts of characters can inhabit a story discussing what has to be known about them, what doesn’t have to be said, how a storyline develops and takes shape.

This led us to explore some traditional folk tales and try writing our own. Fantastic, outlandish creatures emerged at this point and characters were transported to imagined landscapes where magic had the power to transform anyone and anything.

Assisting the project was a student from Ruskin College who encouraged us next to adapt a traditional tale into a completely different form, showing us how one can borrow a structure and an existing narrative to create something original and contemporary. Some dialogues and scripted pieces began to take shape.

Our last explorations were written in response to the Art work that had been created during the first week of the project. Three of the writers had made visual pieces and showed us their work. Others, who hadn’t been involved, were inspired to join the second Art week and from this point the two creative processes began to merge. The writing group wrote in response to the Art they saw and many of them then went on to create more visual pieces with the Artists in the weeks following. These were then brought into the theatre on the final Friday of this first stage of the project.

We didn’t have one particular narrative in our minds but as we all looked at the visual work and the way projections transformed shapes and objects in a theatrical space, we could sense the excitement of how the visual process might be integrated into a dramatic story of transformation. With everyone involved in the project all together in the same space a great many impressions and thoughts were shared.

Personally for me the Creative Writing week was a wonderful time and I am so grateful to everyone involved for being so positive, for jumping in so bravely and, at the same time, being so reflective and sensitive to the process of working in a group. Alongside the weeks focuing on Art, it has been a brilliant period of exploration and research, and there has been so much to inspire the next stage of the Hidden Spire project.
Posted by Arts at the Old Fire Station at 13:30 No comments:

Our first week of workshops at the Old Fire Station has resulted in a rich seedbed of ideas and starting points around the theme of ‘transforming the ordinary’.

Working with a wide range of materials, from cardboard and paper to string, cable ties, elastic bands, skewers and cocktail sticks, we have taken a playful approach to making. Sometimes taking descriptive words as starting points, or responding to another artist’s work, we have created maquettes, images and material experiments.

Towards the end of the week we began working with projections. We created images for projection through collaging various materials onto glass slide mounts. Pieces of fluff, fibres, inks and cellophane were transformed by the light and dramatic change of scale when projected onto a screen.

We finished the week by bringing some of the different strands of our work together, experimenting with different arrangements of the maquettes we had created, and projecting slides over them. 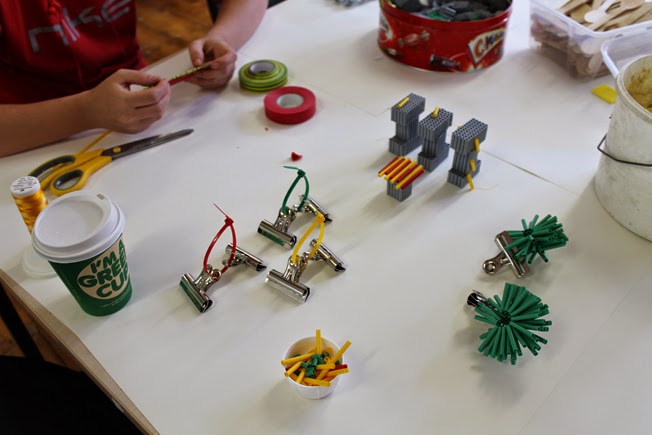 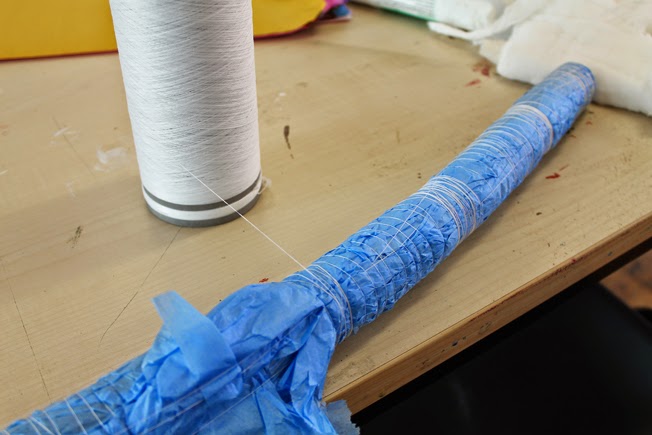 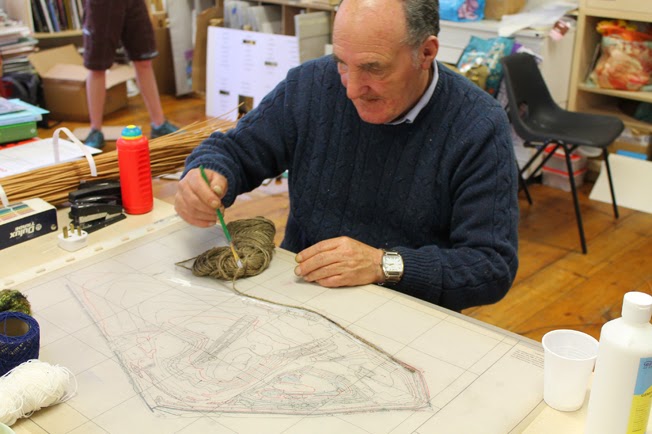 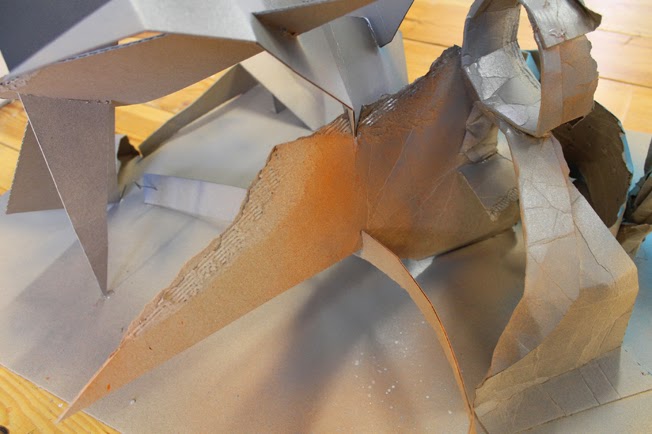 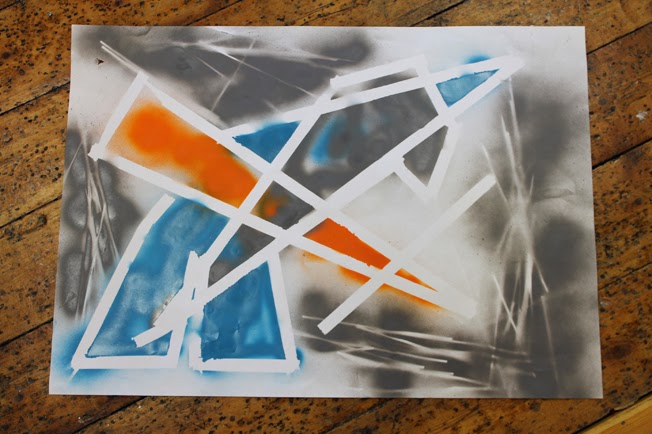 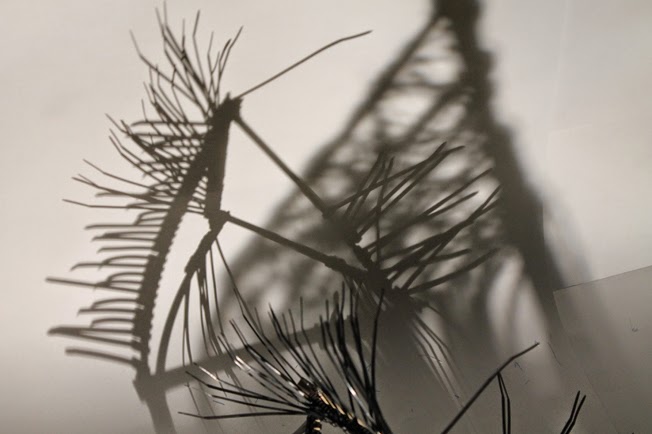 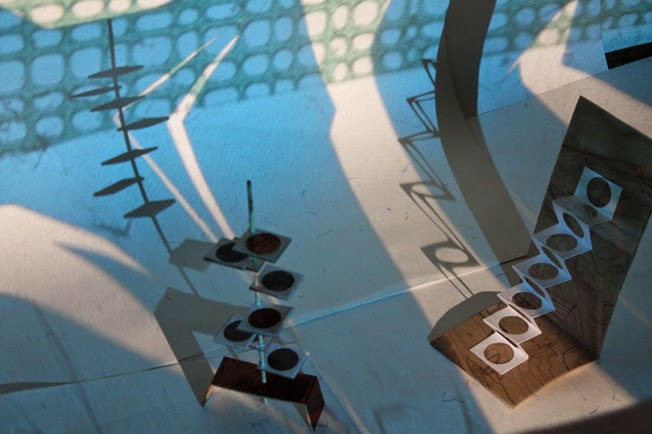 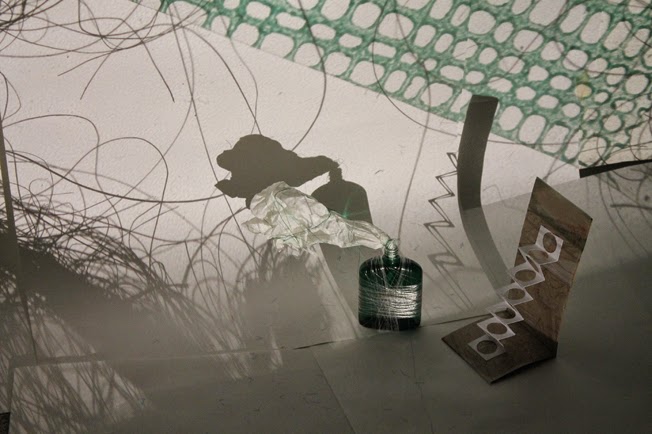 Posted by Arts at the Old Fire Station at 14:51 No comments: